Telegram bots all the way

So it suddenly became rather cool writing various bots, and I was like, I want to build one as well. There was no good reason for it, and distinct lack of good ideas, but then I got an email from TfL, reminding that once upon a time I signed up for their API key ... bingo! That did sound like a plan.
And this is how @london_tube_bot was born. Right now it is fairly stupid, and can either: 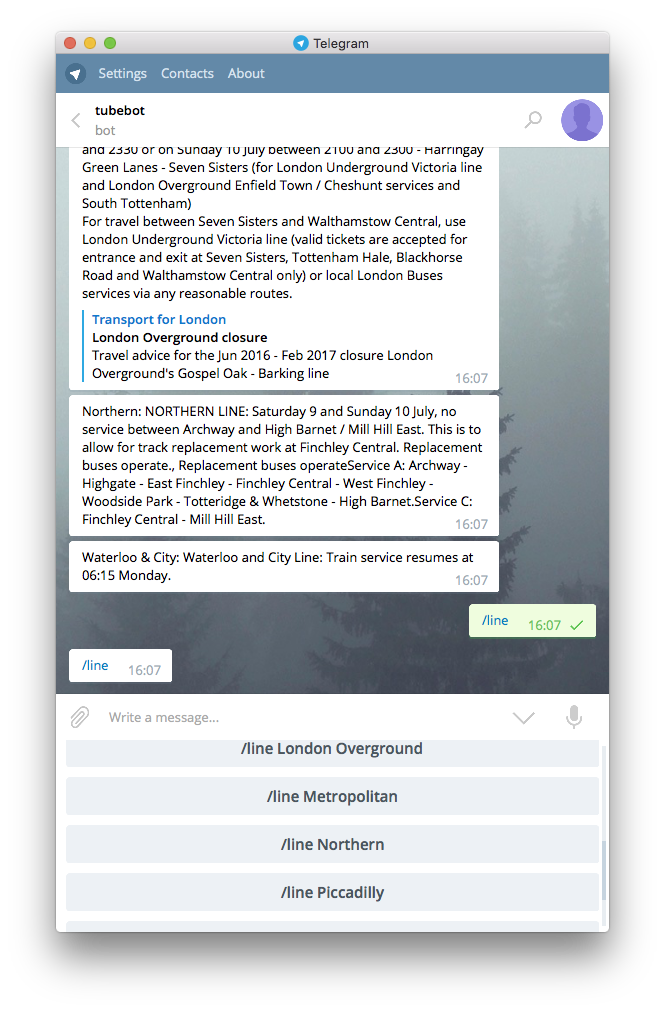 Not really sure if I'm planning to develop it any further, as this was a very simple proof of concept ("because I can") -- but if you are interested, I can publish the code to GitHub at some point.
From the technical standpoint there were a few interesting observations:
All things considered, I think this were half a day well spent - should I add support for Google Allo once it's out? :)
Posted by sgzmd at 06:48